PALS, how often does this happen: you’re dating a posh sounding guy you probably met at the UN, because this is New York. He needs to go abroad occasionally and he’s always followed by bodyguards but that’s just boyfriends, right? WRONG! He’s a European prince. 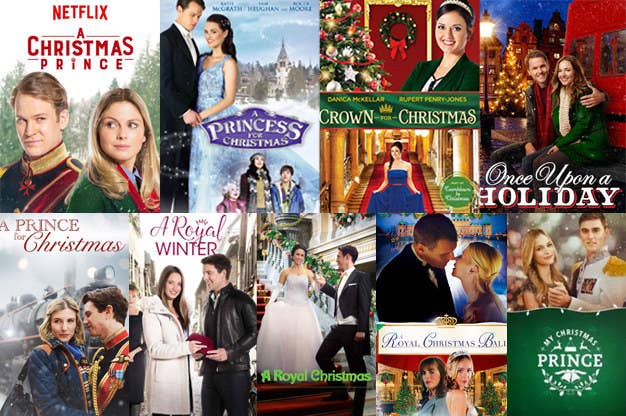 The latest absolute dupe is Samantha, your average non-for-profit high-flyer, dating an ambassador to Modelvia (? Medelvia? It’s pronounced differently literally every time they say it, just remember it’s not Moldova and you’re laughing).

The penny drops when Sam’s boyfriend Alex arrives at her small town for the Christmas break and is recognised by the weirdly royalist community in Maple Falls. Cue loads of paparazzi (unlike in journalist-free New York), a slew of side characters checking in and plenty of bad acting from our prince.

To be fair, his main job is being a prince so I appreciate he’s not had lots of time to improve on acting but it’s like the casting agents heard the British accent and just assumed he was Tom Hiddleston or something.

Lifetime’s inevitable happy-ever-after conclusion completely spoils any tension that might have built around Sam and Alex’s culture clash Christmas. Alex’s mum (a queen, probably) keeps mentioning a potential rival in Clara but we have this same iteration so many times over it’s like watching Steven Moffat era Doctor Who all over again. You’ll be left with questions like “who the fuck is Clara?” and “haven’t I just watched this scene?”

I have all the time in the world for Sam’s friend and perpetual pyjama wearer Leanne, who’s a constant source of advice and support even if she’s a little basic and loses her mind over hot chocolate. It’s so nice to actually see two women have a friendship that seems genuine in these films! Plus, she rocks a formal outfit as much as she does jammies (truly a woman who can do both):

This film is nice to look at (pretty dresses, pretty prince) but you do need to turn your brain off a bit to enjoy the samey scenes and flimsy emotional ties. There’s a reflective montage that contains banal scenes from about two sequences prior which gives the serious scene a whole “hey, remember eating a donut? Remember two days ago?” vibe.

I am outraged by the ending though: all signs point to Alex’s abdication which would honestly be amazing. Instead of a groundbreaking “guy leaves job for girl” twist, Alex interrupts a speech Sam is giving in honour of her parents’ wedding anniversary to let her know that he’s going to be a ruler, so long as she goes with him. What a plot tease!